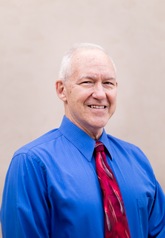 I was born and raised in the “Snow Belt,” Erie, Pennsylvania, where I spent over 60 years of my 70+, before establishing residence in this area in 2011. Raised in a working class family in a then thriving industrial seaport, I developed a strong work ethic. In the 1950's, my work history started with shoveling snow for neighbors, then peddling papers. I worked as a janitor in a print shop, as an internationally renowned candymaker's assistant, as a laborer for a private contractor and for the state highway department, as a bartender, and as a police officer for the state park system, while I attended college.

In 1968, I graduated from Penn State University, where I had been involved in athletics and theatrical productions. I earned a Bachelor's Degree in Psychology, and started in Edinboro State University's new School Psychology Program in January 1969. In June 1969, I was drafted, and was subsequently trained as a Military Policeman. I was sent to Vietnam in November 1969, served as a Military Policeman and Criminal Investigator (CID), and was decorated for Meritorious Service. In 1971, I returned to graduate school, and in 1972, I earned a Master's Degree and Pennsylvania Certification as a School Psychologist.

My professional career, as a School Psychologist, began in 1972, working for the Erie School District until 1999, when I incorporated for private practice. That phase of my career lasted until 2011, when I established residence in Ormond Beach. I maintain a psychology license in Pennsylvania.

I am married to a retired public school teacher who is the office manager for a local landscaping architect, and have two sons and three grandsons (so far) in Eastern Pennsylvania. My current interests include guitar and voice, along with the study of mindfulness. I enjoy physical activities, and have earned a black belt in Tae Kwon Do. Poker is an amusement that I enjoy at the Ormond Senior Center and Moose Club.

Real estate attracted me because it involves helping people and using my strengths of communication and working with numbers. I'm a self-starter and well-motivated to succeed by using these strengths to serve the community. I have been very impressed with the reputation, industry knowledge, warmth, and support of Claire Hunter and her staff. Please, give me the opportunity to help you fulfill your real estate dreams and wishes. 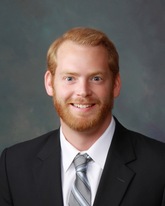 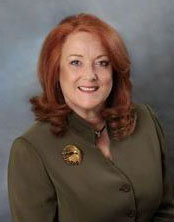 CONTACT
310 Wilmette Ave., Suite 1, Ormond Beach, Florida 32174
Phone: 386-235-7490    -   Fax: 386.673.9958
All listing information is deemed reliable but not guaranteed and should be independently verified through personal inspection by appropriate professionals. Listings displayed on this website may be subject to prior sale or removal from sale; availability of any listing should always be independent verified. Listing information is provided for consumer personal, non-commercial use, solely to identify potential properties for potential purchase; all other use is strictly prohibited and may violate relevant federal and state law. The source of the listing data is as follows: | Daytona Beach Area Association of REALTORS (updated 4/20/21 12:34 PM)